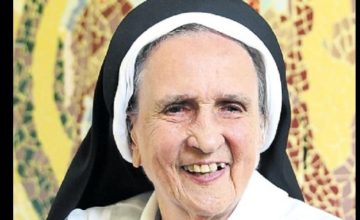 This is where Prime Minister Andrew Holness and his wife Member of Parliament Juliet Holness became high school sweethearts.

It will be a triple celebration at the St Paul of the Cross Church in Mandeville, as two other Sisters will be celebrating their anniversaries as well: Sister Marjorie Woods RSM, her 60th and Mercy Administrator for Jamaica Sister Susan Fraser RSM, her 50th.

The Sisters of Mercy and their Associates have expressed their gratitude to Governor General Sir Patrick Allen, for issuing a Proclamation that from this year onwards, the week in which Mercy Day September 24 falls, will be National Mercy Week.  The Sisters of Mercy maintain that it is not enough to feel compassion, as it is action that will relieve the world’s social ills.

Here is an excerpt from the Governor General’s Mercy Week Proclamation:

“Whereas, at this juncture in the Jamaican society, there is a constant call from citizens for justice tempered with mercy, in this global year of Mercy … and for the past 136 Years, Alpha has served as a place of safety and refuge, extending Mercy values … and whereas showing mercy will foster a more caring society in the island of Jamaica. I do hereby proclaim the week in which the 24th day of September falls annually, National Mercy Week, and urge all citizens to join with the Mercy Sisters and Associates in Jamaica, the originators of this observance, in recognition and thanksgiving for fostering works of mercy in our island, demonstrating the mercy of God to all humankind.”

The Sisters of Mercy, founded in Ireland, joined Jamaican Jessie Ripoll, her two companions, Josephine Ximines and Louise Dugiol ten years after they started the Alpha Orphanage on South Camp Road, Kingston in 1880.

Jessie joined the religious order and was known as Mother Claver. Since then, the Sisters of Mercy have created homes and institutions throughout Jamaica, working arduously to address the country’s needs.

One of their most courageous is 85-year-old Sister Mary Benedict Chung RSM CD, who was the first Jamaican to organise a truce between warring gangs in Downtown Kingston. She is the Founder and still Executive Director of the Laws Street Trade Training Centre.

One of the highlights of Mercy Week was a presentation at UWI by Sister Dr Marilyn Lacey on her work with refugees in South Sudan.

She spoke of mercy as the path to justice. She noted that injustice results from individualism, tribalism and consumerism. She called her audience to “radical compassion”, to “stand with those who suffer, recognize and act.” 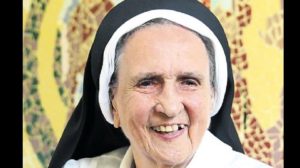