Lascelles Anthony Fielding Williams was born in Spanish Town on May 28, 1939. The 8th of 10 children born to Alma Mae & George Fielding Williams. Lascelles Williams is counted in the history of St. Catherine High as the first boy among the 25 students who in 1948, enrolled in the school. He would later follow his brothers to St George’s College, in Kingston. While at St. Georges, he played football (soccer) and landed himself a spot on the Jamaican national team.

In 1963 he married Sonia and moved to England. Their union produced 3 kids, Garth, Stuart and Phillipa. While in England, Lascelles pursued his studies in accounting. He passed his ACCA with the 4th highest grade in the British Commonwealth. An avid sportsman, while in England he traded in football for cricket. For many years he captained the Thames Valley Ramblers Cricket Club.

After 19 years in England, in 1982, while working for the Guinness Company, Shell Company (WI) recruited him to work as their finance manager in Kingston, Jamaica. He returned to Jamaica and left Shell Company thereafter to operate his own business. Along the way, he found time to lead the St George’s Old Boys Association. A position he held for 5 years. He was the lead usher at his church, Saints Peter and Paul, Kingston, Jamaica. His proudest work however, was as the Chairman of the Board of Governors of St Catherine High School, Spanish Town. For the next 24 years, he would support principals, staff, students, alumni, PTA and everything St. Catherine High.   His loving, fatherly concern includes many necessary and meaningful projects and acts of personal sacrifice that many did not know about.

During the 65th Anniversary celebrations of St. Catherine High in 2013, Mr. Williams was one of seven inductees into the school’s Hall of Fame. To also commemorate his legacy, the Lascelles Williams Park was built dedicated in January, 2015. 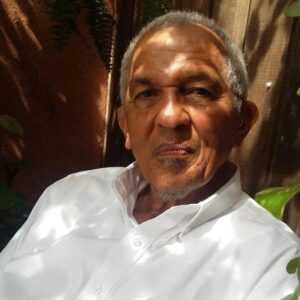